The National Labor Relations Board may hand down some big decisions in favor of labor unions before the expiration of Board Member Kent Hirozawa’s term on Aug. 27, including a “clear successor” rule making it easier to impose union contracts on the buyers of companies and a decision in favor of Columbia University graduate students seeking to form a union.

The NLRB doesn’t comment on pending decisions but these and other rules have long been at the top of the labor agency’s agenda. When a board member is scheduled to step down – even, as in Hirozawa’s case, where the President has nominated him for another term – the board often pumps out decisions that member participated in before he leaves, so his work doesn’t go to waste. 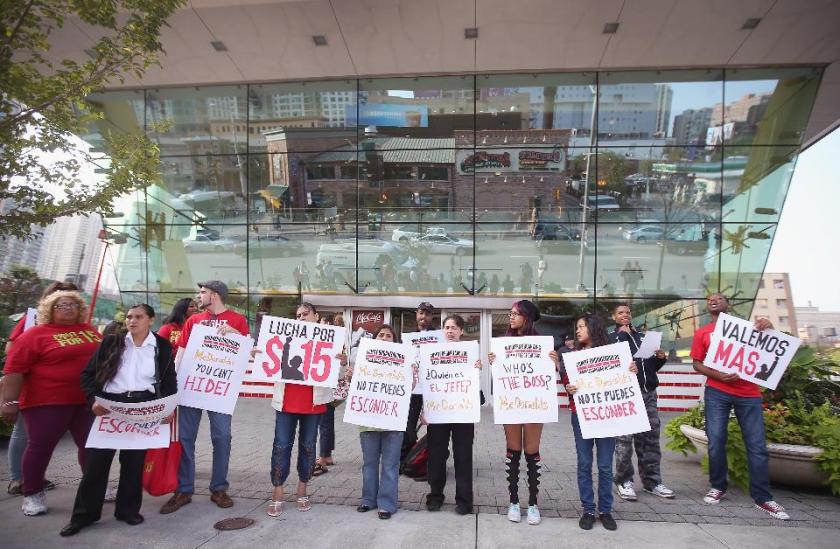 A pending Columbia University case could overturn a 2004 decision by the NLRB that graduate students aren’t “employees” entitled to collective-bargaining rights under the National Labor Relations Act. University administrators argue collective bargaining and restrictive work rules would erode the way grad students are selected and perform their jobs. The United Auto Workers, representing grad students who want to organize, cites the “distinctly economic nature” of the relationship between the school and its grad students, who are required to teach classes, bring in grants and conduct research. Organizing thousands of Ph.D candidates, budding sociologists and organic chemistry lab rats, of course, would also bring in millions of dollars a year in dues to unions like the UAW.

Another decision employment lawyers say might come down before Aug. 27 would reverse the so-called Weingarten doctrine, named after a 1975 U.S. Supreme Court decision allowing employees to demand a union representative be present at interviews with managers where discipline or firing are possible. The NLRB extended the Weingarten doctrine to non-union workplaces in 1982, reversed itself in 1985, reinstated the non-union workplace rule in 2000 and then reversed itself yet again during the George W. Bush administration.

If the NLRB reverses course once again, employees in non-union workplaces will be able to demand a coworker or possibly a lawyer accompany them to meetings with management, making companies think twice about including workers in internal investigations.

“We’ve seen decisions in the last couple of years from this agency eroding the notion of confidentiality and employee privacy rights,” said Steve Bernstein, a partner with Fisher Phillips in Tampa, including a 2012 decision striking down Costco’s prohibitions on sharing employee information on social media. In a 2015 decision involving Banner Healthcare, the board also struck down employee confidentiality rules regarding internal investigations.

Adding coworkers or lawyers to interviews with managers could make it difficult for employers to investigate wrongdoing without spreading the news throughout the workplace, Bernstein said. “The reality is once that toothpaste comes out of the tube it’s hard to put it back in,” he said.

No one can predict exactly which cases will be decided at any time, since the board issues hundreds of decisions a year and many of them are settled and go away before a decision can come out. But Bernstein says it is likely the board will also revisit the “clear successor” rule requiring the buyers of companies with union workforces to honor existing labor contracts instead of negotiating afresh. Appeals courts have ruled that most acquirers can avoid honoring existing labor contracts unless it is “perfectly clear” the buyer plans to retain all of the workers post-acquisition. The NLRB nevertheless rejected that reasoning in a 2014 decision requiring an employer to provide back pay to workers after refusing to honor a prior contract.